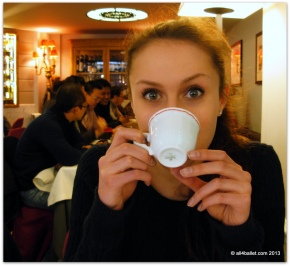 Less than 24 hours after arriving home in Italy for Half Term break, my dad delivered mum and I to Bologna Rail Station where we caught the Freccia Rossa high speed train to Milan. Travelling at 300km per hour we were soon greeted on the arrival platform in Milan by the mother of my good friend Francesca, who is in her 7th year at the Accademia Teatro alla Scala. As the ballet school does not arrange accommodation for its students, Francesca’s mum has relocated from Rovigo to Milan to look after her and five other girls in the same year group. The families joined together to rent a three bedroom, two bathroom apartment just across the piazza from the central rail station. They are ideally located just four Metro stops from the Accademia and less than a 10 minute walk from the Liceo [high school] where the girls study on week days from 5.00pm to 9.30pm.

It was lovely to meet the other girls after being in touch with them on Facebook for some time. They stormed hungrily through the door at 9.40pm and after the briefest greeting disappeared into their rooms, appearing at the dinner table moments later in their pyjamas! We sat down to a delicious dinner of grilled swordfish steaks, rice, salad and a variety of vegetable dishes. The discussion was interesting with an open exchange of information about our two ballet schools and our daily schedules. In Italy all students must continue with the legally required hours of academic studies until age 18 and that is why the Teatro alla Scala students must attend normal school each weekday afternoon after they have finished dance classes at 4.00pm. The ballet school has a canteen for lunch and good changing room facilities where the students shower before they travel on a dedicated bus to the Liceo by 5.00pm. Like at White Lodge, Saturday mornings are for dance classes only.

It was 11.30pm before we turned out the lights and seemed only a short time later when my alarm sounded at 6.45am. Arriving at the school soon after 8am I was greeted by a girl in my year group there, before being guided to the studio by a friendly assistant in time to do my usual warm-up. I felt slightly intimidated at first, remembering how it feels when a newcomer joins your class unexpectedly, but soon the questions started and the girls seemed good fun. 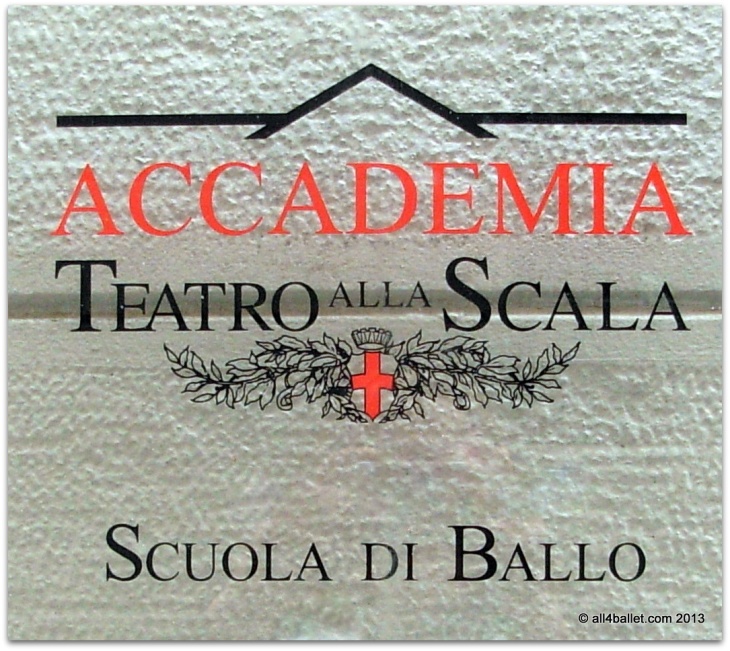 Sig.ra Vismara arrived promptly and we began by facing the barre. I had to pick up exercises by watching the others mark through them a few times. The class flowed at a fast pace. The level and structure were very similar to what we do at White Lodge, but the use of arms and the height of extensions were not. Most of the 13 girls had beautifully arched feet and showed impressive flexibility and strength, two things I am always trying to improve upon. In the centre, the focus was mainly on adage and turns, 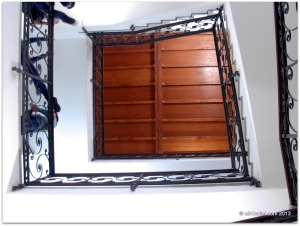 which reminded me of the Russian School method. There wasn’t much time left for allegro where big jumps were prioritised. Our 1h30 class flew by and before I knew it we were taking our ‘reverance’ to the pianist.

The Cecchetti studio was on the top floor of the building. It was well-kept and had windows on both sides, flooding the room with light on a sunnier day I’m sure. Taking part in class was an enjoyable experience and gave me a good idea what training at La Scala could be like. Sig.ra Vismara was kind; she made me feel as if I was one of the students and was keen to give me corrections. She seemed like someone who would make you work hard and bring out the best in you, someone who has experience and appreciates the challenges in professional ballet training.

My mum was waiting for me after class and we were shown directly into the study of Frédéric Olivieri, Director of the Accademia Teatro alla Scala. Maestro Olivieri welcomed us warmly and we had a lengthy and enlightening talk. He outlined some interesting changes to come and pointed out that the Accademia will celebrate its 200th birthday this year, with many exciting opportunities for the students to perform full length ballets. He certainly gave us a lot to think about.

After a quick change back at the apartment we took the Metro yellow line directly to the Piazza del Duomo. What an impressive sight that is when you reach the top of the subway staircase. Milan’s layout, with streets either radiating from the Duomo or circling it, reveals that the Duomo occupies what was the most central site of the city in Roman times. Work commenced on the present Gothic cathedral in 1386 but it was not officially declared complete until 1965, nearly 600 years later!  It is the fifth largest cathedral in the world.

From there we entered the Galleria Vittorio Emanuele II.  Built in the early 1860’s it is the oldest shopping mall in Italy. The arcade contains luxury retailers as well as restaurants and cafés. Mum surprised me by treating us to a delicious smoked salmon salad at ‘Il Gatto Rosso’  followed by a traditional Italian macchiato. Thank goodness for that shot of caffeine as without it we might never have survived our afternoon trek. We exited the Galleria into the Piazza alla Scala, home of the famous theatre of the same name. The Teatro alla Scala was built in 1778 after fire had destroyed the previous theatre two years before.

Afterwards we visited via Montenapoleone, home to many of the city’s top fashion shops. Milan Fashion Week ensured that both the window shopping and the sidewalk gazing provided plenty to see. With tired feet we travelled by Metro back to the apartment where we relaxed for an hour before catching the 6pm train back to Bologna and home. Milan in 24 hours!